Unite A Team and Travel Through Time to Rescue Reality From Dragons, Goat Wizards, and Maniacal Clowns 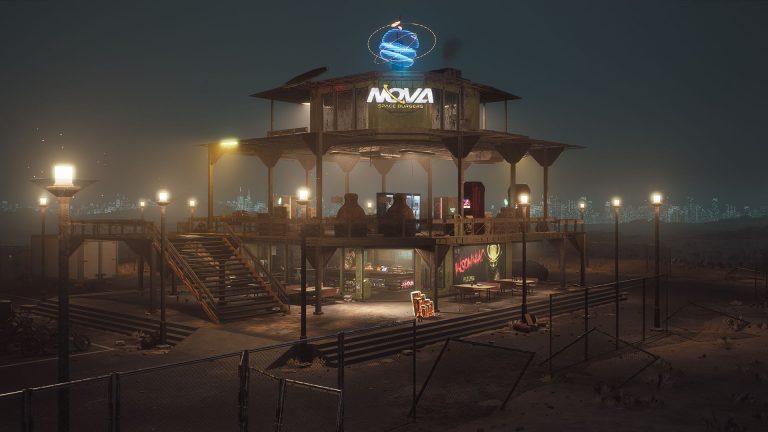 Video game publisher and developer JOFSOFT has announced that the electrifying cooperative third-person squad shooting indie game Rift Sweepers is now available on PC via Steam Early Access. As an agile rifleman, John or lethal sniper sharpshooter Simon, newly enlisted Rift Sweepers must travel across the fabric of reality via a time-traveling train to save existence from crumbling into ruin. Annihilate armies of unsightly brutes while getting paid, leveling up, and chowing down on delicious pizza. A third character, the gun-wielding James, will join the party soon, with more planned for full launch. Rift Sweepers was built in Unreal Engine 4.

In Rift Sweepers, players must band together, strategize, and fight to survive four perilous missions set in a cyber restaurant, the sewers, and – most terrifying of all – the subway. Eccentric monstrosities like supernatural goat wizards, fire-breathing dragons, oversized insects, ghastly clowns, and more thrive in these ominous corridors of time. On top of that, ruthless bosses lie at the end of each mission, each waiting for their next chance to sow further entropy.

Luckily, new recruits can collect miraculous pizza falling from the sky to replenish their energy and ammunition as they eviscerate the scourges of reality. When a mission is complete, players can visit the Rift Sweeper Headquarters (RSHQ) for licenses to enhance their arsenal and kill bigger, meaner beasts.

Release the Killer Robot Vacuum! Justice Sucks Out Now for PC and Consoles