Last Time I Saw You, by indie developer Mabaroshi Artwork, tells the heartwarming tale of discovery that finds a balance between adventure and suspense. 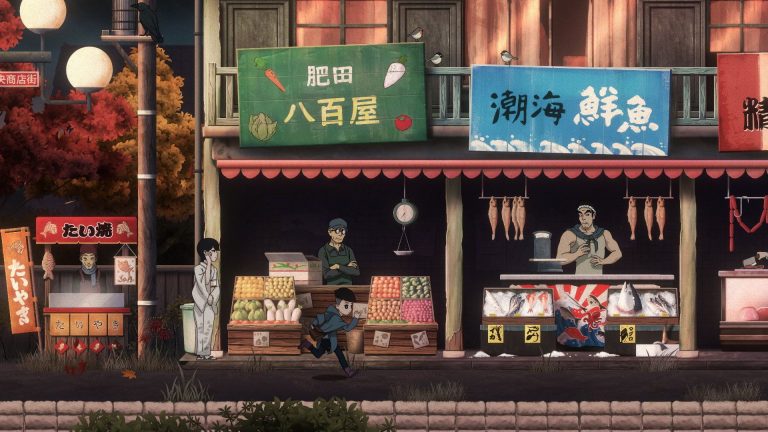 Last Time I Saw You, by indie developer Maboroshi Artwork, tells the heartwarming tale of discovery that finds a balance between adventure and suspense. The story sidesteps the typical clichés of teenage coming-of-age and expands beyond the human emotions of love. It’s the kind of story you know you can trust and one that you ultimately give yourself over to affection for these characters who are so tenderly represented.

We follow the story of a young boy named Ayumi, who has been having repeated dreams that his mind cannot comprehend. In these dreams, a young girl calls to him but reveals very little of her intentions. To many, they may be signs of an ominous omen, but to Ayumi, they are wondrous events that have a deeper meaning.

Ironically, Ayumi’s hometown is bracing for a typhoon that will inevitably make landfall and he wonders if there is a connection between his dreams and the typhoon. The story is a subtle construction of art, as buried questions slowly emerge, hidden feelings become clear, and we are led, but not too far, into wondering if Ayumi is prophesizing or if he really is crazy.

Set in Japan during the 1980s, the countryside where the story takes place is exquisitely hand-drawn and bustling with activity. It is a vivid and vibrant place where the streets expand to infinity and everything around it looks big and uncharted. It is also a place where the innocence of kids and the experiences of the shopkeepers cross between the past and the future flowing together naturally like the ripples of a river.

Some of the characters are more wounded and cynical than others, and some, like the meat shop owner, for example, find kindness as foreign as an undiscovered country. Moments of humor are sprinkled throughout the game and while some of the dialogue can get repetitive, the story opens up gently revealing the next moment. Everything is lined up as it should. And while the pacing is deliberate, nothing is derailed.

The developer’s style, I suppose, is to introduce some characters, linger with them for a while, and then move on to others, eventually coming back so that all the stories get tied together as we get glimpses of their many lives. Manabu, for example, is a bit older but is more childlike as he shares his ambition of becoming a baseball player. Nao, on the other hand, is well reserved, studious, and appears to be the voice of reason. Ayumi’s parents are typical: an awkward father who goes to work every day and a stay-at-home mom who occupies her day cooking, cleaning, and prepping hearty desserts for the family.

While most adventure games overwhelm the player with useless dialogue and a long-winded introduction, Last Time I Saw You has no wrong scenes and no extra fluff. There are two repeating motifs: the constant dreams which are so simple and true and the seasonal approach of the typhoon, which the townsfolks worry about but never enough to stop their everyday activities.

There’s a crucial scene where the storm finally makes landfall and Ayumi has to leave the safety of his class to retrieve an item he has left behind. Ominous black clouds gather above giving way to the heavy winds and raindrops which are so subtle that some may hear and feel it to be real, not imaginary.

As Ayumi tries to make it back to the safety of the group, he is attacked by flying phantom creatures. The entire sequence resembles a nightmare in which strange entities drift in and out of focus, puzzling Ayumi with their unexplained appearance. I applaud the developers here as they pay special attention to each scene, which I believe, is not to tell an ongoing story, but to make each scene have a unique end so viewers become anxious about what’s to come next.

Unfortunately, that’s where the demo ends. Last Time I saw You has real inspiration, and after a few playthroughs, I feel like I know the characters by heart, but I don’t want to spoil your experience by quoting one-liners or revealing too much. Instead, I’ll just say that the game’s surprises, in any event, can lead our imaginations to wonderful places.

I’ll provide a more detailed review when the game is officially released.