DieHard Gamefan: And How Mom Saved My Collection

Thanks Mom for Everything! 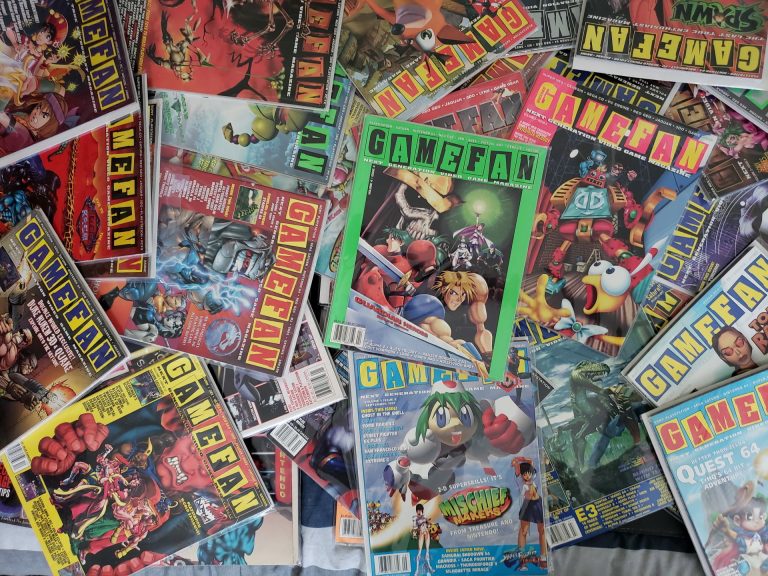 For many, gaming magazines are just oversized reading material just like newspapers or travel brochures. Individually, they may not mean much. Collectively, however, they mean a lot to someone who grew up reading them.

When I first started collecting DieHard Gamefan magazines, it was around the mid-1990s. It wasn’t the only gaming magazine in town (EGM and Gamepro were the most popular), but it was the one that looked and felt different. Maybe it was the paper they used or it could have been because they covered many of the import games that very few of us on this side of the Pacific had ever heard of. Being so passionate about games at that time I knew Gamefan was the magazine that could provide all the information I needed.

Every month I would wait for the new issue to arrive and thoroughly read it from cover to cover. Afterward, I would place it inside clear plastic bins and shove it in one corner of my closet. I did that for the duration of the ’90s until I left home for college. After that, my precious magazines, which now occupied 12 large bins were left in the hands of my mother who wisely kept them covered and away from sunlight in the garage. Through rain, intense heat, and the occasional flooding from the southern California rain, mom made sure the magazines were kept safe and dry.

The collection is now back in my hands and would read on every now and then. Sometimes, I would ask myself why I even keep them. The broader answer is complex, the short answer is simple: I realize it was because reading them was like taking a time machine back to the glory days of gaming; and my childhood.

So here I am, three decades later staring at my almost complete collection of DieHard Gamefan Magazines, minus two or three issues that I lent out to a friend who never returned them. But most importantly, I realize that I would not have them had my mom not have the insight to keep them in immaculate condition while I was away. Thanks, mom for everything!

Who are You Calling Little? Dwarfheim Leaves Early Access