Labyrinth City: Pierre the Maze Detective is a fun and satisfying adventure game full of wonders and delight! 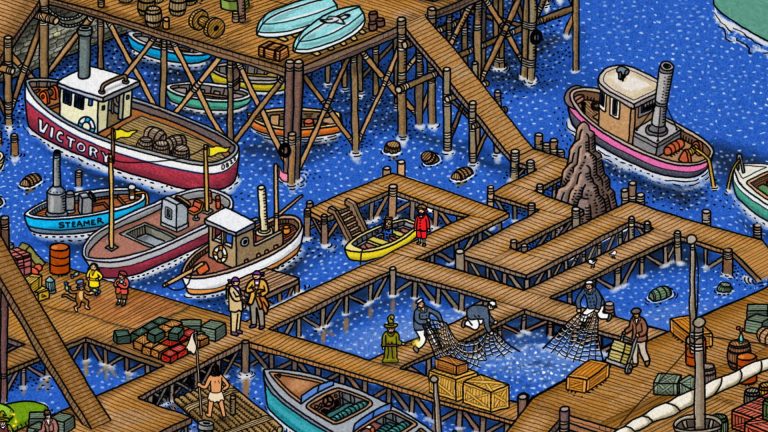 If you’ve ever had a delicious plate of orange chicken sautéed in creamy sesame sauce, you would have tasted the succulent equivalent of Labyrinth City: Pierre the Maze Detective. At first bite, it will taste like ordinary chicken, but once you chew on it a bit, the sweetness of the sauce starts to tantalize your taste buds as it slowly caramelizes your tongue.

It’s this same feeling you’ll get when you first fire up the latest offering from developer Darjeeling Game Studios. The game follows the same plotline as the classic book series, Pierre the Maze detective. In it, you play a young detective in search of the mystical Maze Stone which has been stolen by Pierre’s long-time foe, Mr. X. The Maze Stone, as legend has it, can turn everything around it into a maze.

Each level feels as new and refreshing as the next as you wander from maze to maze seeking the best pathway to your goal. Along the way, you’ll encounter bits and pieces of puzzles that you’ll need to solve, and like in so many games of this ilk, speak with key characters that will give you tips to which direction you should follow.

Many of the lively characters were impacted by the developer’s fragmentation, and they form an unforgettable core of personalities in what is basically an old-fashioned adventure that humorously references other classic games. Character movement is fairly fluid with either a mouse or controller, however, navigating your character does take a bit of getting used to as you will often find yourself stuck between objects or pulled into a side-quest you may not have intentionally wanted to do.

If you’ve ever had a delicious plate of orange chicken sautéed in creamy sesame sauce, you would have tasted the succulent equivalent of Labyrinth City: Pierre the Maze Detective.

Lending imagery and design from the book version into its own vision, Labyrinth is an ambitious game that will work for all ages and one that never talks down or frustrates its players. It also contains some of the most colorful imagery, character design, and caricatures that make the game both classic and new at the same time.

Labyrinth is described as simply a puzzle game, but it goes beyond that. It’s a game filled with exploration, dialogue, and common sense gameplay. Most gamers will probably dismiss the game due to its child-like aesthetics, which is a shame since they will be missing out on a very good game. But I have no doubt that Labyrinth City: Pierre the Maze Detective will not be lost to history either and that it will eventually find its audience. The game, just like the book series, is too good to not be discovered.

Check out more of the game on Steam!

The Art of the Box Art: Donkey Kong Country

Catch It if You Can! WRC 10 Crosses the Finishes Line on September 2!