TL:DR: Atelier Ryza 2: Lost Legends & the Secret Fairy should be in every JRPG fan?s library. It’s that good. When the topic of great JRPGs comes up, one can expect to hear franchises such … 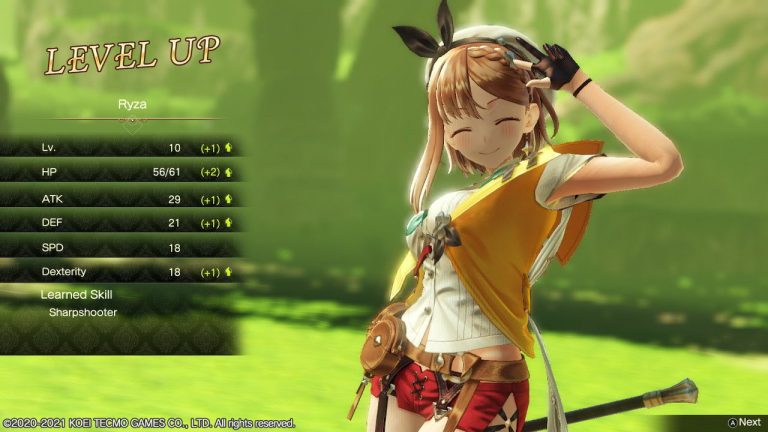 When the topic of great JRPGs comes up, one can expect to hear franchises such as Final Fantasy, Dragon Quest, and Persona. However, one long-running series is starting to make a bigger impact outside of Japan: the Atelier line.

2019s Atelier Ryza: Ever Darkness & the Secret Hideout became the most successful entry in what many consider to be a niche franchise. The relatable protagonists, engaging combat, alchemy system, and power of friendship? narrative struck a chord with many. It’s also quite helpful that the game revised some of the difficult or contrived mechanics that made previous games difficult to jump into.

Enter 2021s Atelier Ryza 2: Lost Legends & the Secret Fairy. The game is, without a doubt, a step up from the already amazing previous entry. It all begins thanks to an improved combat system.

Let’s start with the combat. At first glance, it takes cues from the first Atelier Ryza. You still have a moving gauge determining when a party member takes action but now you can attack multiple times per turn. This makes combat faster and, paired with the dynamic camera, makes it far more exciting too.

With each hit, your character builds up a shared Action Point (AP) pool. You can then consume these points to perform special attacks or use items. It’s not as mesmerizing as the combat in titles such as Persona 5 or a Final Fantasy game but it’s definitely fun and engaging.
Combat isn’t the only aspect to see engaging improvements. Synthesizing, which is the main portion of the game’s alchemy system, also got streamlined for simplicity and efficiency.

For such an ambitious JRPG from a small studio, the game’s graphics are a marvel to behold

The system also features an auto option, allowing the game to craft items aiming for the best possible outcome. It’s a great feature if it seems too complicated but you still have the ability to tinker and mix other ingredients as you please.

You learn new recipes through the synthesis chart. Gaining new recipes requires SP, which you gain by creating new items. The game also features a wide variety of quests. You have a quest board with minor quests and monster hunts, character-specific quests that help you get familiar with the people inhabiting the world, and the different mini-quests tied to completing a map. It can seem overwhelming at first but it’s quite easy to fall into a comfortable rhythm.

Lost Legends & the Secret Fairy takes place three years following the events of the first game. It once again sees Reisalin Stout aka Ryza as the main protagonist, along with a few recurring faces. This time, however, Ryza finds herself in the capital city, Ashra-am Baird, to investigate the origins and nature of a mystical creature and ancient ruins.

Unlike most JRPGs, Atelier Ryza 2 goes away with the whole let’s go on an adventure to save the world type of trope and focuses instead on bite-chunk mini-quests that help build the lore and narrative of the area. There’s no prophecy about a chosen hero or the like; it’s all about the power of friendship and what a group of people can do to resolve millennia-old mysteries.

After the release of plot-intensive JRPGs such as Final Fantasy VII: Remake, this approach to storytelling becomes both refreshing and invigorating. It might not be everyone’s cup of tea but there’s no doubt you’ll leave the game feeling close to every major character. It’s hard not to have a big smile on your face with this game.

It’s a good step above its predecessor and may even blow open the gates for the franchise to gain popularity in the West.

From a visual standpoint, Atelier Ryza 2 is a bit of an enigma.

The visual style has a certain charm, largely due to its anime-inspired style, but there’s no denying there is a bit of disconnect due to a few recurring issues. For example, it’s all too easy to spot NPCs with very similar designs. It’s not a big issue but it’s something you’ll notice.

Other than these few hiccups, the visuals stand up well. The game is colorful, vibrant, and stylish. For such an ambitious JRPG from a small studio, the game’s graphics are a marvel to behold

There is voice acting in the game but you only get Japanese dubbing with English subtitles. There are other subtitle language options available, including French. While this may be a turn-off for some, the Japanese dubbing is quite enjoyable and it further sells Atelier Ryza 2?s anime style.

Musically, the game is a treat. You’ll hear everything from charming village songs to thrilling combat rock ballads. Fortunately, nothing is repetitive and there’s a certain charm that will get you humming some of the tunes as you play along.

Atelier Ryza 2: Lost Legends & the Secret Fairy should be in every JRPG fan’s library. It’s a good step above its predecessor and may even blow open the gates for the franchise to gain popularity in the West. With a myriad of things to do, a stylish presentation, and loveable characters, this is without a doubt a gem in the Nintendo Switch’s vast sea of games.

Dead Age 2 Review – Bitch Slapping the Horde Back to Hell