A simple, but fun first-person shooter that pays tribute to some of the all-time greats. 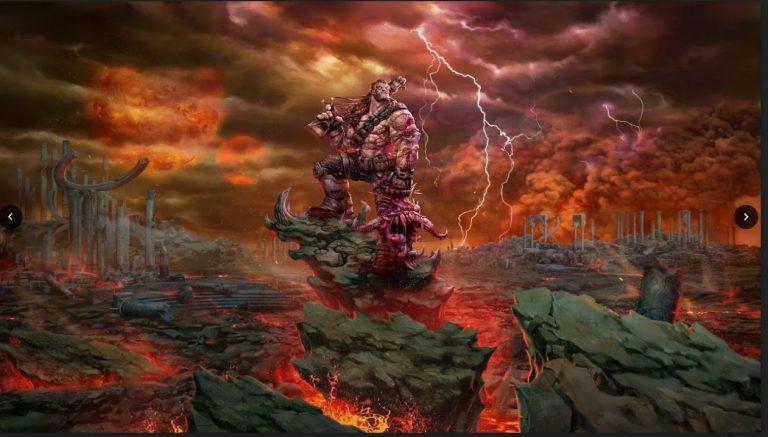 hell has a new home

If Doom, Quake, and Half-Life taught us anything is this: Reviewers, in general are idiots. There, I said it.

Ever since Doom, Quake, and Half-Life launched, reviewers did nothing but gush about those games as if they were the second coming of Jesus Christ. Granted, it was as close as a religious experience as we were going to get out of a PC game, but still. Once those three titles were released, there was no going back.

Developers upped the ante in terms of first-person shooters and everyone including their mothers wanted more graphics, more story, more complexity, and more advance AI. The genre had hit the proverbial brick wall and bringing anything less to the table would be met with failure.

So thank our lucky stars for Hellbound, a budgeted first-person shooter from indie developer Saibot Studios. With its simple and unapologetic Doom-like style gameplay, Hellbound takes us back to an era where gameplay was about killing monsters, finding secrets areas, and speedrunning through many of the levels as fast as humanly possible.

If Doom, Quake, and Half-Life taught us anything is this: Game reviewers are idiots. There, I said it.

Hellbound has a story – but it doesn’t really matter, at least not when you have a gun the size of a jackhammer to refer to. But if you must have a story, it goes something like this: Somewhere in the bowels of hell, a crazy evil has massacred your people and you (isn’t it always you?) are tasked with eliminating the said threat. In short, the story gives you the environment to start blasting away at hell’s minions. And when I say blasting away, I’m talking about the non-stop gore inducing kind.

You’ll be stalking the caves, caverns, and flipping switches as you mercilessly mow down monsters and scooping up the ammo, health, and armor they leave behind. Sure you could follow the path of least resistance and just go from level to level, but what made the classics great was the sense of exploration. Movement throughout is fast and precise with the mouse and the music and sound effects are just as dark and chilling as the scenery.

Graphically, Hellbound doesn’t disappoint in the gore category. Every monster you take out will be demolished in a spray of blood with chunks of their flesh going every which way. Although some of the surroundings are blocky and pixel-filled, there’s plenty of extra eye candy to make up for it. For one, the world is vast. Instead of just working on a system of multi-tiered levels like Quake, you maneuver through corridors that branch into other areas that you can explore.

In a world where graphics shaders and real-time ray tracing jargon are becoming the norm, Hellbound is a breath of fresh air, especially if you just want to let loose and blow things up.

doom but no gloom

The area where Hellbound may disappoint some gamers, especially those longing to re-live Dooms glorious past, is with its lack of intensity. Enemies for the most part are predictable in both manner and pattern. Activate a door and a monster, or two, are probably lurking behind it. Unlock a new level and expect to be mobbed by a bunch of hellish goons. This predictable pattern reduces the intensity somewhat but doesn’t necessarily take away from the entire package.

In the end, I cannot recommend Hellbound enough. It succeeds because it reminds us of what made the classics so fun to play in the first place. In a world where graphics shaders and real-time ray tracing jargon are becoming the norm, Hellbound is a breath of fresh air, especially if you just want to let loose and blow things up. If you’re a fan of classic first-person shooters, you need this game. And even if you’re not fan, this game will definitely make you one.

Willy Morgan and the Curse of Bone Town PC Review