Journey Through Hell and Back – Inferno: A Puzzle Game (Steam) Review

Explore all of Hell in this atmospheric puzzle game, with levels that closely follow Dante Alighieri’s “Inferno” epic poem. 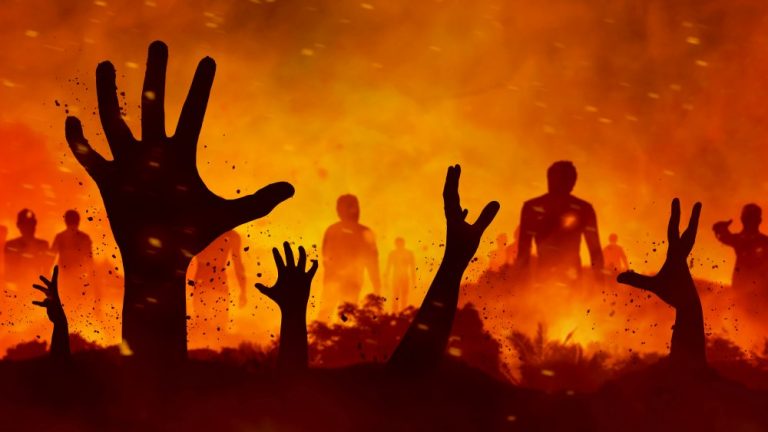 Anyone who has ever written stories knows the feeling of dropping out of the world of words and time. A mental state of musing takes over as an unknown void beholds the writer where no sensation of the passing of hours is felt. The voices inside our heads, that allows us to talk to ourselves, falls silent and there are only letters, words, and sentences that seamlessly integrate together.

There is, however, a theory to explain all of this. Language, as experts have surmised, is centered on the left side of the brain. Art, on the other hand, lives on the right side. They say that you can’t create something as long as you’re thinking about it in words and vice-versa.

Indie developer, Blue Vertex, seems to have spent most of their time on the right side of the brain developing Inferno: A Puzzle Game based on Dante’s Inferno, as only a talented team could understand that while representing their game in perfect unison with Dante’s work.

Journey to the Nine Circles of Hell

For those unfamiliar with Dante Algheirie or Dante as he is commonly known, was a medieval writer, poet, and philosopher famous for his narrative poem, Divine Comedy, in which he chronicles his journey to Hell (Inferno) guided alongside by the ancient Roman poet, Virgil. Dante depicts Hell as being realms or circles through which the soul must travel through to be closer to God.

Inferno: A Puzzle Game, takes those circles and interprets them into 100 unique and formidable puzzles. All the trademarks of successful puzzlers are here, including beautiful imagery, evocative sound effects, strange and wonderful worlds, and some of the best soundtrack and musical scores around.

The character movement is a step-by-step, sliding show affair rendering the pixel world in vibrant colors where trees grow and flowers sway against the wisp of a gentle breeze. The game uses a mix of primitive and current puzzle-solving objectives and where you stand on how puzzles are solved boils down to how you go about interpreting them.

Since your character cannot jump or travel above ground that is waist-high, the majority of Inferno’s objectives are based primarily on moving crates and boxes around to form bridges and connections between gaps. There will be much trial and error figuring out how to get from one point to the next and oftentimes, you’ll find yourself moving a crate to a bad location and getting stuck; thankfully, there’s a nice little ‘undo’ button that reverses such moves.

Tonight is the Beginning of Always

There is no time limit to solving any of the puzzles so there’s no predicated push to rush through it; which means you can tackle them at your leisure. Inferno follows many of the established conventions of puzzle games so if you’ve played any puzzlers from the last decade or so, you should feel fairly comfortable taking on these challenges.

The best parts of the game, in my opinion, are the ones that are circle specific. Blue Vertex uses prologues from each of Dante’s passages to show the smallest details of the level designs, while the written text describes the circles you are in (Greed, Wrath, Heresy, etc.). There are even little tidbits surrounding Dante and his writings floating around in situations where you just want to know more about this prolific writer.

Aesthetically, Inferno looks wonderful. There are times when we almost seem to be looking at the very pixels that Dante is describing in his works. These moments create a sense of realism and warmth. We aren’t looking at stars in the sky, flowers in the fields, or portraits against a wall; we’re looking at moments that are, figuratively, frozen in time when Dante’s words moved us in such a way that they responded to his feeling and his craft. And Blue Vertex captures that essence brilliantly.

Despite my high praises for the game, however, some notable flaws do stand out mainly because of how well developed the rest of the game design is. For one, I found myself constantly having to rotate the game world to identify hills and barriers on the map because my character was shrouded by tree branches. I hope in future updates, the developers would implement a way to make the player see through those barriers. Second, the game only has one ‘save’ slot which makes saving in several places inconvenient. Multiple save options would be ideal since puzzle games require constant trial and error.

The Path to Salvation

So much of the popular depiction of puzzle games are often crude and inaccurate, fed by the notion that they are boring or meant for children. Inferno: A Puzzle Game is an entirely different game altogether made even better because it serves the purpose of bringing both art and language together.

Overall, I enjoyed my time with Inferno. The game feels small but the meaning is enormous as it calls our attention to the details and to the way that Dante’s writings, and the developer’s interpretation of those writings, are not about the subject matter but about the way both see the spiritual world. If you enjoy games that are both compelling and thought-provoking, then you definitely need to add Inferno to your gaming library.

OTXO, Shoots into Action With a Playable Demo on May 2nd