There’s not really a whole lot to say about Outlast 2, other than: It’s flippin’ terrifying. 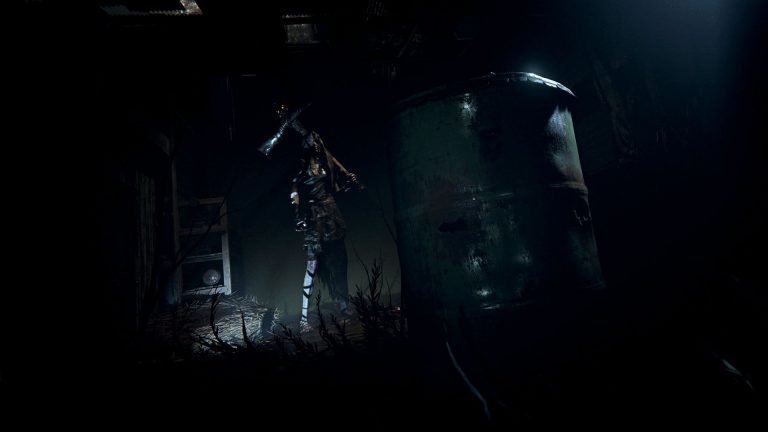 There’s not really a whole lot to say about Outlast 2, other than It’s flippin’ terrifying.
Alongside Resident Evil 7, this will -without a doubt- become 2017’s horror game of the year, and it should be. Outlast 2 delivers the scares horror fans have been waiting for. And the horror it gives you isn’t the usual horror, you know, where you jump from your seat and scream. No, the horror it brings is the kind that will stay in your head and mess you up for a while.

Set in the Sonoran Desert of Arizona, Outlast 2 places the protagonist Blake Langermann, a cameraman, right smack in the middle of an extreme Christian cult called the Testament of New Ezekial, led by a self-proclaimed prophet Sullivan Knoth.
In search of his wife Lynn Langermann, an investigative reporter searching for clues about the mysterious and seemingly impossible circumstances of a pregnant woman identified only as Jane Doe, Blake sets out through the Testament’s main town called Temple Gate, which is secluded from the rest of society. Along the way, he encounters horrors too great for the mind of a human to comprehend, causing his sanity to fade gradually until it is made evident that it no longer exists.

And it’s not just the Testament that wants his soul. Blake stumbles across an exiled portion of the cult called The ‘Scalled’ whose members are inflicted with a disease that they believe comes from a “sickness in the soul”, when in actuality they are suffering from syphilis, gonorrhea, and pretty much every other STD there is. The sick and dying members believe that Blake is their “Scalled Messiah” after seeing he is not ill like they are.

Where there’s one thing, there has to be something else that contradicts it. In this case, it is the Heretics – a splinter faction that has broken away from the Testament due to their beliefs. Whereas the Testament believes in God, the Heretics believe in the Devil, wanting the seemingly pregnant Lynn to give birth to the Antichrist so they can let it out upon the world.

Blake isn’t just tormented by the Testament, the Scalled, or the Heretics. No, he is forced to live out his most haunting memory – what happened during his Catholic school as a child. In this dream sequence, the environment shifts completely from the Arizona desert to a school. Here, he is pursued by a grotesque-looking, multi-limbed demon, a manifestation of his fear of one of his teachers, all the while reliving the murder of one of his closest friends, Jessica. From then on, it’s nothing but Blake running through cornfields, hiding under beds, wardrobe closets, or even in barrels full of blood to hide from the bloodied machete-wielding cultists that are hunting him down. The gameplay is for the most part similar to the first Outlast. You are not a fighter, as the game puts it. Your only options are to run, hide, or die. The AI of the cultists seems to be noticeably different than the first. The enemies here tend to be more diligent in tracking you than in the first. To me, it also seemed like enemies are most attracted to the sounds you make, so you better watch where you step.

All in all, I really believe that Outlast 2 will become a staple in the horror genre just because of the outstanding work that was put into it

One of the game’s signature aspects is the night vision, which of course returns. Because of Blake’s occupation as a cameraman, he has a more advanced camera – his including a higher quality picture and a microphone to track noises made by the cultists, allowing for easier stealthy movements to remain undetected. Batteries also make a return and, just like the previous game, scarce and are found in places that include electronics, such as flashlights. A new mechanic introduced in Outlast 2 is the bandages. In the first Outlast, you would regenerate your health after getting hit. However, a significant amount of damage caused here would cause your character to bleed, which would prevent you from regenerating and cause death. Players must be smart on how they use their bandages, as it takes a couple of seconds (which is a lot in this game) and makes it extremely vulnerable to whatever’s hunting you.

It is common for players to feel panicked or even as if they’re actually in danger while playing this game and the most effective way to survive the horrors of Outlast 2 is to stay calm. I know from my experience of playing this game that I went into panic mode and ran aimlessly right when someone spotted me. That’s what makes Outlast 2 such a remarkable game. The amount of horror it brings actually makes you think that you’re in this very situation.

However, it also that very reason that causes frustration among players. In my experience, the panic mode that was triggered caused me to not be able to think straight, hence why I started to run around aimlessly and scream. Well, the environment doesn’t exactly help with that. I would constantly find myself skipping exits and places to hide due to me being unable to think straight. I’m sure other players had that kind of problem as well.

I didn’t seem to have any other problems with the game. All in all, I really believe that Outlast 2 will become a staple in the horror genre just because of the outstanding work that was put into it. The horror felt real and left me tingling in fear even after beating the game.
Hell, I was sometimes afraid to go to sleep and even go into a dark room. Outlast 2 deserves recognition for being able to shake players’ heads and keep them up at night for a long time. All other problems such as players thinking that Blake’s stamina was an issue and how the microphone drained batteries faster wasn’t really an issue for me and I didn’t mind it.