TL;DR: If you thought Chicken Adobo, Pancit, and Lea Salonga were the only popular exports from the Philippines, then think again! NBA JAM adobo style First, there was NBA Jam, a revolutionary four-player arcade game from … 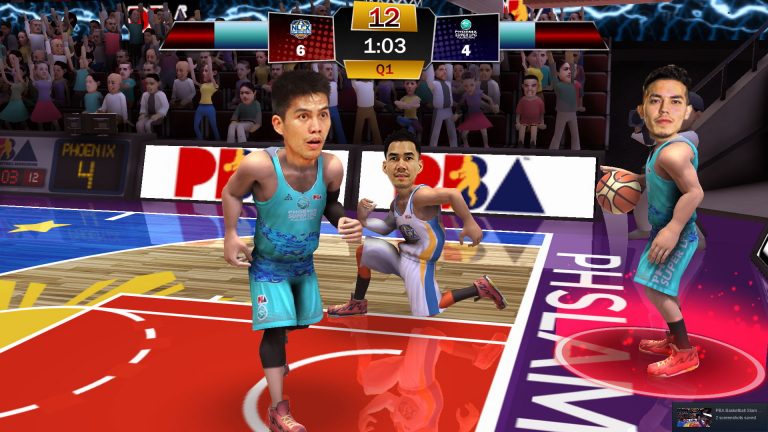 First, there was NBA Jam, a revolutionary four-player arcade game from the 1990s, then there was the follow-up, NBA JAM: Tournament Edition for practically all available consoles and PC. After that, appeared NBA Showtime, Slam’n’Jam, and finally, NBA Playground by 2K that added modern-day graphics to an old but -highly successful- formula.

You would think that by this time, developers would be all ‘jammed out’ from 2v2 arcade basketball. Well, not quite. In fact, for long-time gamers like me, I welcome another NBA JAM-style game. So it’s with a bit of surprise that I found an indie developer from the Philippines looking to bring Jam-style awesomeness back and featuring teams and players from the Philippine National Basketball Association or PBA.

PBA Basketball Slam: Arcade Edition, consists of the following: four quarters of 2-on-2 balls-to-the-walls action. Just like NBA Jam, PBA Slam does not have any relevant penalties, not even goaltending or fouling. In fact, the shot clock violation is the only rule in place but is easily missed because of the fast-paced action. I’ve already played a handful of games and not once I have been penalized for a shot-clock violation. You choose two players from seven of the most popular Philippine National teams with cool-sounding names like the Rain or Shine Elasto Painters and the San Miguel Beermen. You also have the option of selecting the quarter length, arena, and different languages for the announcer. So now that you have the gist of the features, let’s get down to the actual gameplay

Graphics – Graphics are sharp, detailed, and colorful. The pictures of the player’s heads and faces are superimposed atop their bodies so it looks like it was just copied and pasted on. It looks eerie, but in a silly and amusing kind of way. Since I do not recognize any of the players from the PBA, I’ll have to accept the fact that these are accurate portraits of them.

Gameplay – Well, what can I say? It’s NBA Jam style 2 vs 2 basketball with the Philippine license instead of the NBA. As expected, the players move very fluidly as they run, jump, and shoot the ball. NBA rules still carry over as baskets count as 2 points and 3 points for shots made outside the 3-point line. When you’ve made a predetermined amount of shots, you fill up on an ‘Electrified’ meter where you’re able to perform some outrageous dunks from one end of the court to the other. The controls work pretty well, especially on a controller as it’s easy to move around and keep up with the action. Giving your CPU teammate commands to pass or shoot is no problem. The tag mode feature also works well making switching between players smooth as silk.

Ball Physics Around the Rim – This is one of the better features of the game. Unlike other Jam types of games where almost every shot went in, PBA basketball does it the other way around. Contested shots and lay-ups will bounce around the rim and seldom go in. This actually makes positioning your players under the basket important so that you can grab the offensive rebound.

Unfortunately, games like this are not very deep, but that’s what makes them attractive. You can have fun in short 5 to 10-minute spurts without agonizing through deep playbooks or complex strategies.

the not so good

Too Much Player Celebration After Each Dunk – I don’t mind a player pumping his fist or blowing kisses to the fans after a thunderous slam dunk, but to have the game play literally stop because of it just kills the momentum and drags the game down a few notches. As far as I can tell, there’s no option to disable this so I’m forced to look at these canned animations for about 4-5 seconds. If you want to add celebrations, don’t allow it to stop the gameplay, or better yet, give the user the ability to disable it altogether if they choose to.

No Turbo Button – I don’t know why there isn’t a Turbo button, or if there is one, I have yet to find it. In a game built for speed and frantic in-your-face-action, I can’t imagine the developers not including one.

Unable to Block Dunks – This is another issue I wish the developers would look into so that playing defense actually means something. It’s disheartening to position your player and time your jump just right only to have your opponent dunk on your player time and time again. Heck, even NBA Jam allowed players to block dunks.

Overall, PBA Basketball Slam has a lot going for it, The graphics are sharp, the controls are precise, and the gameplay is solid. Unfortunately, games like this are not very deep, but that’s what makes them attractive. You can have fun in short 5 to 10-minute spurts without agonizing through deep playbooks or complex strategies. And with an admission price of just $5 dollars, it’s money well spent especially if you’re a fan of the genre.